Is our life a story? And if so, can we re-write it? In Drama Girl, director Vincent Boy Kars gets a young woman to act out a number of key scenes from her recent past. Perhaps, Kars thinks, this could help her come to terms with certain events. In the meantime, he also gains something: a film that probes how fiction and documentary can learn from one another.

Twenty-something Leyla willingly submits to the film experiment. Kars surrounds her with actors: Pierre Bokma plays her father, Elsie de Brauw her mother, Jonas Smulders her boyfriend. As she rakes over the past with them, she discusses the effect this has on her with the filmmaker.

Kars, who graduated from the art academy in 2015, focuses on his own generation – millennials – and never takes a back seat when directing. He always intervenes visibly and enthusiastically in his films. For his first feature-length documentary, Independent Boy (2017), he subjected his friend Metin to a number of assignments. This time, he sets Leyla off on an uncertain path. He dissects her real life, exaggerates the drama, forces reflection, repeats, creates, probes and investigates. "Can drama help us understand ourselves and the world better?", Kars wonders. As viewers, we follow his train of thought in this painstakingly realised hybrid adventure.

The proces of the soundtrack lasted around two years. It feels like an album for me. More info about the release soon. Below you find the trailer witb a track of the score. 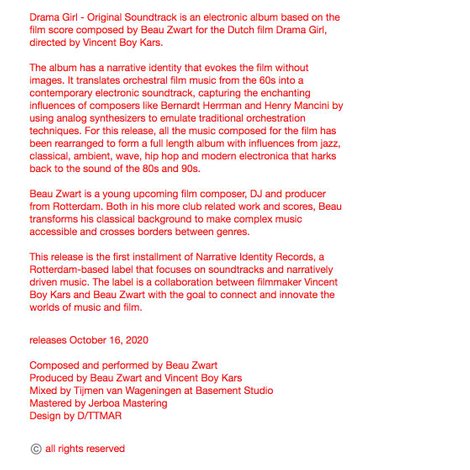 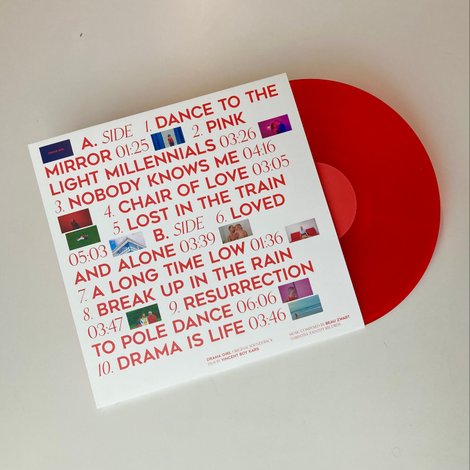